Can you change a dog’s name? finding a new dog on the street is a big deal. It also makes you wonder if they came from an abusive home, got lost, or have been going through a lot of trouble as a stray.

If you don’t see a name tag on the dog or cats, you can give him a new life and a forever home with you. Renaming your dog’s name is also very easy to do regardless of the dog’s age. Your new puppy, or pet adoption dog won’t really care what you call him.

As long as the dogs understand that you are the new moniker and everything associated with you is a happy tone. You can help your pup associate and quickly learn that he has hope for a family. And that includes trying to change your dog’s name from his original name to his new one.

So as your new dog’s family members, is there anything that you should be taking note of before you proceed to giving your new dog’s name? If you are looking for other names and new names for your new dog then you have come to the right place.

Can you Change a Dog’s Name: Renaming your Rescue Dogs is Suggested When..

Many adopters of a cat or dog fail to consider the life of the puppy or cat before they agree to be put up for adoption. Some dogs may respond negatively to praise, sound, or most people in general because of a bad home environment.

When pets hear sound or praise, they automatically associate that familiar feeling with something negative. So for example, the owner brings in the dog for “owner surrender”, this simply means that the owner has given the pet adoption agency the permission to change the existing name to a new identifier. Owner surrender also happens when most dogs are no longer given the love that they deserve.

So when the cat or puppy is called and they hear their own names at the beginning and the similar sounds they have associated with that name all bring up bad emotions. So when you start calling/started calling the dog by its previous name, they wont respond.

When adopting a pet or you decided to rescue shelter animals here are some things that you may want to consider before you give your new dog his new identifier.

When it comes to adopting rescue pets, chances are he already came with an old name. Most shelters assign boy dog names just a few weeks after they are taken in to the shelter to make them more suitable for rehoming. This also gives them more chances of being adopted by a new owner.

So, the first thing you will need to do is find out if the shelter assigned him a new identifier. Most times, the dog may become oblivious to it’s new pups name. If the dog knows it at all, then it will come as a little bit of a challenge to name him something else other than his new identifier at the shelter.

On the other hand, if the dog was given up for surrender at the shelter and has no new identifier, she may refer to his dog names with the old owner. This will serve as a source of stability and security as he gets used to being called around the shelter.

The dog may still want to hear the same sound when called. So its best to only give your adopted pets new names when they are ready to move on from their old life. If you have three dogs with you, you can always name all of them at the same time. But if you already like the shelter name, then by all means keep it. 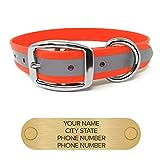 To an adopted pet, sometimes things like treat/treats or pleasant reinforcement could be frightening still. That said, along with spoiling your pet cat or dog with treat/treats, changing their names is also an act of kindness. If you leave the dog with his old name, he may associate it with abuse or mistreatment. Avoid names/avoid naming him close to what his name was before.

Learned to Ignore his Own Name

Here are a few tips to keep in mind. If your dog/dogs have learned to ignore his old name during training sessions or when you try to call him, then it’s time for a new one. Calling out your pet with his new identifier along with some treats is a great way to enforce the command that follows.

When is it Okay To Change a Dog’s Name?

Many dog owners choose to rename their dog when they adopt them from a shelter. There are a few different schools of thought on this subject. Ultimately, the decision of whether or not to change a dog’s name is a personal one. However, there are a few things to keep in mind if you’re considering changing your dog’s name.

For instance, Dogs respond better to shorter names, so if you’re looking to change your dog’s name, try to keep it short and sweet. Additionally, it’s important to be consistent with whatever you decide to call your dog.

If you renamed your dog from “Baxter” to “Max,” make sure everyone in the household refers to him as Max—not Baxter—to avoid confusion. Lastly, don’t be afraid to ask your veterinarian or a professional dog trainer for guidance on picking the perfect name for your pup.

New Dog: How Do you Rename a Rescue Dog?

If you’ve ever seen a dog in a shelter with a name like “Bubba” or “Princess,” you may have wondered how those names came to be.

More likely than not, those are the names the dog came with when they were surrendered to the shelter. But what about when you adopt a dog from a rescue? How do you go about changing their name?

There are a few things to consider when changing a dog’s name. First, is the dog’s current name too long or difficult to pronounce? If so, it might be best to choose a shorter, simpler name.

Secondly, does the dog listen well to their current name? If they don’t seem to recognize it to it, then a new name might be in order. And finally, what sort of name would you like? playful? regal? Something that reflects their personality?

Whatever you decide, keep in mind that it can take some time for a dog to get used to their new name. Be patient and consistent with your commands, and soon enough they’ll be responding just as well to “Biscuit” as they did to “Bubba.” 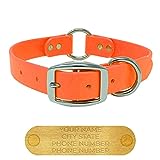 Have you ever wished you could change your pups name? Maybe your dog’s original name just doesn’t fit, or maybe it’s a little too embarrassing to say in public. (We’ve all been there.) Luckily, changing a dog’s name is usually pretty easy – as long as you follow a few simple guidelines.

First, start slowly. Introduce your dog to their new name gradually, using it alongside their old identifier for a while. You might also want to use some positive reinforcement – treats always help! – to help them make the association between their new name and something good.

Next, be consistent. Once you’ve decided on a new name, stick with it. Dogs are creatures of habit, and they’ll have an easier time learning their new name if you use it consistently. So if you slip up and accidentally use their old identifier once in a while, don’t worry – just keep going with the new one. They’ll catch on eventually.

Finally, have patience. Learning a new name isn’t always easy for dogs (or humans, for that matter), so it’s important to be patient and give them some time to adjust. If you keep at it, though, chances are good that your dog will be responding to their new name in no time at all.

What Issues Can you Encounter With Renaming a Dog?

When you get a pet, one of the first things you have to do is choose a name. But what happens if you choose a name and then later decide you don’t like it? Can you rename your pet? It turns out that this is a complicated question with no easy answer.

There are a few different issues that you can encounter when renaming a pet. First, your dog may already have a strong association with his or her current name. Additionally, if you’ve been calling your dog by his or her current name for months or even years, it’s likely that friends have also come to know the dog by that name.

So when you suddenly start calling your dog by a new name, it can be confusing for everyone involved. Finally, there’s also the question of whether your dog will simply learn to listen to any name over time. If you call him “”Fido”” one day and “”Spot”” the next, he may eventually learn to listen equally well to both names – but it may take some time and patience on your part.

As you can see, there are a few things to consider before renaming your dog. It’s not a decision to be made lightly! But if you do decide to renamed your furry friend, just be prepared for a bit of an adjustment period – for both you and your dog.

When Should you Not Change a Dog’s Name?

Many dog owners choose to give their dog a new name when they adopt them from a refuge But is this always the best decision? While there are certain circumstances when changing a pups name makes sense, there are also times when it can be confusing and stressful for the dog. Here are some things to consider before you decide to change your pups name.

Imagine if someone started calling you by a different name out of the blue – it would be confusing! The same goes for dogs. They may not understand why you’re suddenly calling them something different, and it can be disruptive to their daily routine. In some cases, a fresh start with a new name can be just what a dog needs to feel loved and secure in their new home.

So, when should you not change a pups name? But if they don’t have a name or if their current name is unsuitable, then go ahead and give them the gift of a new start with a brand new identifier. They’ll be happy you did!

How Do you Teach Your Dog to Learn His New Name? 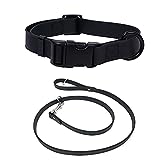 Naming your dog is an important step in owning a dog. You want to make sure you choose a name that is easy for your dog to understand and listen to. There are a few things you can do to help your dog learn his new name.

First, start by using the pups name frequently when you are around him. This will help him to associate his name with you and with positive experiences. Next, use treats or toys as rewards when your dog responds to his name.

This will help to reinforce the behavior you are trying to encourage. Finally, be patient! Learning a new name can take some time, but eventually your dog will get it. And once he does, you’ll have a lifetime of companionship ahead of you.

How Late Can You Change a Dogs Name?

A lot of new dog owners choose to rename their rescue dogs. Maybe the pups original name is too hard to pronounce, or it doesn’t fit the pups personality. Maybe the new owner simply wants to start fresh with a clean slate. But how late can you actually change a pups name? The answer may surprise you.

While it’s generally best to choose a name before your dog turns six months old. It’s never too late to rename your furry friend.